By Lewis Perdue on August 18, 2019 in Uncategorized

You are the ocean.

You are — on average — about 65% water. Your blood vessels flow with a saline solution with chemical properties that ares eerily similar to sea water. Your heart imitates the cadence of waves on a beach — a sound many people find comforting, especially those that keep time with a mother’s heartbeat.

Tn many ways, your health is linked to the health of the oceans. That’s one of the many vital reasons why the trashing of the oceans by plastic pollution is not only ugly, but  dangerous to you and the Earth. 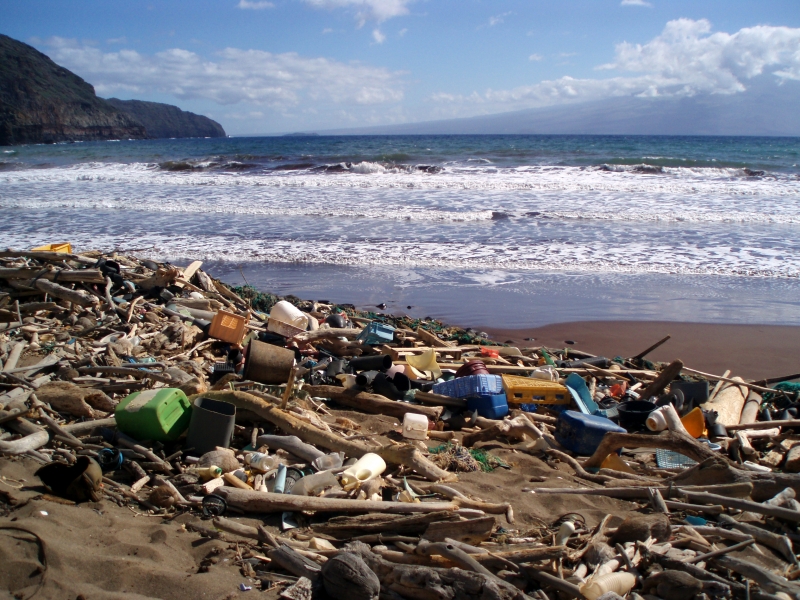 Plastic contaminates the ocean to a concentration of about 11 parts per billion (ppb).

Your body, on the other hand is polluted by plastic chemicals to at least 122 parts per billion — and that’s by just 26 chemicals out of the 6,000 used in plastics!

That means your body is at least 11 times more polluted with plastic than the oceans.

Where do those numbers come from?

Foundational work on this was published in the journal Science in 2015: Plastic waste inputs from land into the ocean and was expanded upon by a major report published in 2016 by the World Economic Forum (WEP), the Ellen MacArthur Foundation, and  McKinsey & Company:

‘The best research currently available estimates that there are over 150 million tonnes [metric tons] of plastics in the ocean today. In a business-as-usual scenario, the ocean is expected to contain 1 tonne of plastic for every 3 tonnes of fish by 2025, and by 2050, more plastics than fish (by weight),” said the WEP study.

So at least 150 million metric tons of plastic are fouling the oceans.

To calculate the pollution concentration, we  take that 150 million tons of plastic and divide it by  the total mass of the water in the oceans: about  1.4 x 1018 metric tons.

That division means the plastic contamination concentration in the ocean is 11.07 parts per billion. Round that to 11 ppb.

If you want to geek-out, the math behind the ocean/human plastic contamination concentration can be accessed here.

But that 11-times-greated number is massively underestimated. Your body is even more polluted by plastic than can be accurately calculated.

Just two types of chemicals: Phthalates and Bisphenol A — and its variations (called analogues) — pollute your body to about 120.69 ppb. Round that to 121 which is a concentration of pollution that is 11 times the oceans. (The charts and backup to this number are below.)

That level of body pollution comes from just  26 chemicals variations in two common classes of plastics — phthalates and bisphenots. But there are at least 6,000 more!

Imagine all those horrendous photos of the plastic in the ocean. Now, visualized your body at least 11 times worse off. But it gets worse … a LOT worse.

This paper: Food contact substances and chemicals of concern: a comparison of inventories notes that there are more 6,000 chemicals used in food contact materials which would include packaging, the ubiquitous plastic tubing, machinery parts, conveyor belts transfer piping used in the harvesting, transport, and processing of foods and beverages.

Food packaging would seem to account for 2/3 of all plastic chemical use according to this scientific paper — Overview of known plastic packaging-associated chemicals and their hazards which indicates that 4,000 chemicals are used in food packaging.

Many of those could be harmless. However, no one really knows because most have not been adequately tested for toxicity to humans using Twenty-First Century science. For an eye-opening context to this see: 84,000 Legal Chemicals. Fewer Than 200 Tested. Only 5 Ever Banned.

In addition, you need to know that BPA and phthalates were once considered safe. So were lead, asbestos, and benzene.

What’s more, BPA and phthalates are still considered safe by regulators and industry toxicologists with conflicts of interest and a reliance on obsolete science that has been definitively shown to be incorrect.

The estimates of plastic pollution are most likely under-estimates.

This is because the estimates are based on the portion of plastic that can be seen. Not all plastic floats as the photo (below) of PVC (polyvinyl chloride) pipe demonstrates. PVC pipe is a toxic riot of BPA and many other chemicals. 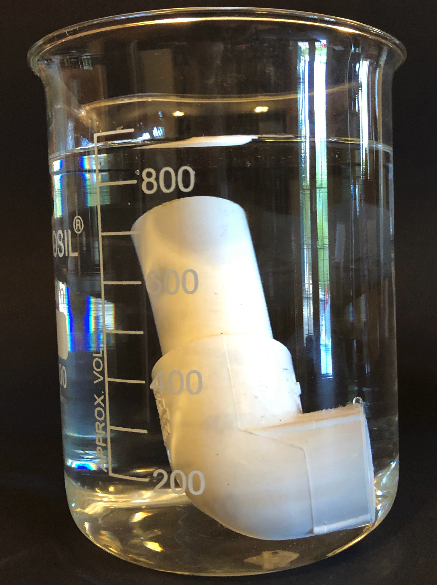 In addition, the mass of plastic pollution in the oceans does not account for plastic-based chemical additives that have leached out of the plastic and are also released when the plastic degrades.

Additives are chemicals use to add color and to enhance the properties of plastics, making them stronger, softer, resistant to heat, ultraviolet light etc. This extensive paper, Production, use, and fate of all plastics ever made, estimates that, overall, plastic is 93% polymer and 7 percent additives.

In general, additives are not chemically bound to the polymer which makes them prone to leaching out of plastic.

See: Why plastic isn’t just plastic (and can’t be trusted).

For more on that in the ocean, see: Threat of plastic ageing in marine environment. Adsorption/desorption of micropollutants.

Likewise, the measurable plastic chemical pollution in your body does not include the microplastic particles you are eating in your food, drinking in your water and beverages and breathing in as dust. Microplastic consumption by humans is a very young field.

Exposure to various plastic chemicals varies widely according to what people eat and where they live. Food, water, beverages, dust and other air pollution will affect exposure — so will, use of personal care products and the presence of plastics in flooring, car upholstery, synthetic fabrics and many other sources. The following is just one example from one chemical.

Because of all the personal exposure variations to billions of people, it is not feasible  to accurately measure exposure to thousands of plastic chemicals.

An additional problem with estimating a plastics pollution index for your body is because measurement methods vary in their results. The best method would be to directly measure levels in your blood. However, blood tests are expensive, painful, and hard to do. That’s the primary reason that analyzing urine samples is the method of choice.

Another problem with trying to measure blood serum levels lies in the fact that your body begins to metabolize those compounds as soon as you consume them.

While it is sometimes possible to directly measure the concentrations of some (BPA being one), that process is very difficult. As a result, what usually gets measured are metabolites — chemicals that your body produces when it deals with these foreign substances.

The metabolites in your urine also known as biomarkers and reflect compounds that have entered your body. Complicating the picture, however, is that your body can produce multiple metabolites from a single chemical.

Interestingly, each compound introduced in your body can produce one or several different metabolites that are measured. This is particularly common with phthalates.

NHANES: Imperfect but the best so far

For phthalates, we relied on the most detailed and longest health source which is the U.S. Centers for Disease Control‘s National Report on Human Exposure to Environmental Chemicals (NHANES). The CDC is behind the curve on BPA, so we will use a more thorough study for that.

This NHANES page shows you the mind boggling detail the study has on just one phthalate chemical — DEHP and its metabolites.

However, this 2017 paper used more advanced science in its measurements of 11 Bisphenol A analogues. Recent science has shown that analogues are not safer substitutes for BPA.

Why plastic isn’t just plastic (and most can’t be trusted)
OLD STUB-do not publish Testing BPA levels in milk: A long circuitous route sourcing dairy for the study