Epidemiology – the science of connections — began with a lot of dead people.

The dead and dying suffered littered the streets of Soho, London in 1854 during the country’s worst-ever cholera epidemic.

A local doctor found links between the deaths and where people lived. Skeptical local officials repeatedly refused to believe the doctor because he had no proof. All his connections and associations were circumstantial.

The epidemic grew worse. The doctor continued to press the officials. Desperate and tired of being harangued by they did what the persistent physician suggested. The epidemic subsided.

In similar fashion, billions of people are alive today because epidemiology has been able to associate health problems with possible sources. Epidemiology connects effects with likely causes so that precautions can be taken even before laboratories can identify a precise pathogen.

The imprecision of epidemiology — which usually works with incomplete and preliminary data — has always had its skeptics, especially in its earliest days.

Correlation Is Not Causation

A link or association is an indication, not proof of causation. There can be many confounding factors.

However, as we’ll see by the examples below, epidemiology is often the first indication that something is wrong.  And following those indications can often lead to connections, and direct researcher efforts toward finding a cause.

While the science of connections has developed a proven reputation for saving lives, a modern and influential group of naysayers has developed.

Many of these latter day skeptics have financial interests at stake and refuse to accept that epidemiological associations should be taken seriously.

Today, chemical companies and their supporters are among the most the most powerful and politically influential skeptics of epidemiology. Their dismissal epidemiological links between hormone disruptors and serious diseases puts hundreds of millions of people at risk daily and blunts or delays effective government regulation. 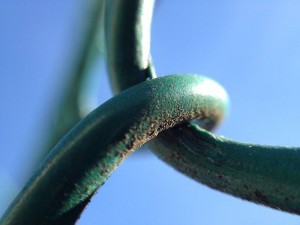 Photo By User:Almonroth (Own work) [CC-BY-SA-3.0 (http://creativecommons.org/licenses/by-sa/3.0)], via Wikimedia Commons

The fact that EDCs (like tobacco and AIDS) don’t kill immediately, generally cause damage in small concentrations, attack multiple tissues, cause more than one disease and are hidden from sight when doing their worst damage contributes to skepticism.

In many ways, the issues with hormone disruptors are similar to London in the mid-Nineteenth Century.

For sure, disease was easy to see and believe in 1854 when the Soho area of London reeked with the stench of the dead and the dying from the nastiness of cholera. While cholera had ravaged England for decades, the worst of all broke out on August 31.

It was “as violent as it was sudden,” said a local anesthesiologist, Dr. John Snow. ”It was like the Great Plague all over again,” he wrote. “The death rate of the St Anne’s, Berwick Street and Golden Square subdivisions of the parish had risen to 12.8 per cent — more than double that for the rest of London. “

Some – including many local officials — felt the epidemic was the work of the devil and prayed.  Others –also including local officials – believed it came from a miasma —  “vapors”  found in in low-lying areas.

Cholera was worse than anyone had ever seen and would have continued to slaughter the citizens of Soho if not for Dr. Snow who made some intelligent connections, logical deduction and, in the process, accidentally invented the science of epidemiology.

But even then, his conclusions were dismissed as inconclusive. And the local officials — just like today’s regulators – resisted Snow’s methods, conclusions and recommendations.

Dr. Snow wrote that, “Within two hundred and fifty yards of the spot where Cambridge Street joins Broad Street, there were upwards of five hundred fatal attacks of cholera in ten days. The mortality in this limited area probably equals any that was ever caused in this country, even by the plague; and it was much more sudden, as the greater number of cases terminated in a few hours.

“On proceeding to the spot, I found that nearly all the deaths had taken place within a short distance of the pump. There were only ten deaths in houses situated decidedly nearer to another street pump. In five of these cases the families of the deceased persons informed me that they always sent to the pump in Broad Street, as they preferred the water to that of the pump which was nearer. In three other cases, the deceased were children who went to school near the pump in Broad Street. Two of them were known to drink the water; and the parents of the third think it probable that it did so. The other two deaths, beyond the district which this pump supplies, represent only the amount of mortality from cholera that was occurring before the irruption took place.

“With regard to the deaths occurring in the locality belonging to the pump, there were sixty-one instances in which I was informed that the deceased persons used to drink the pump-water from Broad Street, either constantly, or occasionally. In six instances I could get no information, owing to the death or departure of every one connected with the deceased individuals; and in six cases I was informed that the deceased persons did not drink the pump-water before their illness.

The result of the inquiry then was that there had been no particular outbreak or increase of cholera, in this part of London, except among the persons who were in the habit of drinking the water of the above-mentioned pump-well.”

Dr. Snow created a map of his research and presented it to the town officials.

The skeptical town guardians protested that not everyone who was sick drank from that well and that not everyone who drank from the well got sick. They were also aghast at Dr. Snow’s conclusion that the well had become contaminated from a nearby cesspool containing body waste from a cholera victim. The embarrassing and disgusting concept that the town’s citizens had been infected by fecal contamination of a municipal drinking water well prompted what we would call today a “cover up.”

Nevertheless, officials eventually removed the pump handle. Then, the epidemic subsided. Caution had triumphed over skepticism and official chagrin.

Scientists studying the well water connections and associations later pinned down the virus and confirmed Dr. Snow’s conclusion as to how it had spread.

Confounding factors often complicate the connections and associations found by epidemiology resulting in inaccurate conclusions. Most of these factors result from incomplete data, a lack of scientific knowledge or both.

Those who proposed that the cholera epidemic was the work of the devil and that people should pray for deliverance found support in the fact that none of the monks in a monastery in the affected Soho area became ill. Dr. Snow’s further digging revealed that the Monastery had its own well.

Modern epidemics also have their share of confounding factors.

When the first cases of AIDS came to public attention, it was immediately branded a “gay” disease – a mistake that offered false assurances for heterosexual people.

AIDS first came to public attention in 1981 with clusters of young gay men in California and New York who had developed Kaposi’s Sarcoma which was considered a cancer of the elderly.  They also developed intractable cases of Pneumocystis Carinii Pneumonia which usually cured quickly by antibiotics.

One of the first causes considered was the use of a popular gay club drug, “poppers.” These small glass vials contained amyl nitrite and were used by angina sufferers to ease the chest pain caused when clogged cardiac muscles constricted. The small glass capsule was popped open on a prescribed line and the contents inhaled. The result dilated blood vessels, caused blood to rush to the brain producing a short-lasting but intense high.

Scientists quickly rejected poppers as a confounding factor when intravenous drug users and blood transfusion recipients developed the syndrome and it turned out that it could be spread via heterosexual intercourse as well.

The AIDS epidemic offers some sober lessons for the United States in coming to grips with the health effects of EDCs.

In 1983, two years after AIDS had reached public attention in the United States, French doctors from the Pasteur Institute isolated what they called lymphadenopathy-associated virus (LAV). They sent a sample to the U.S. Centers for Disease Control which ignored it. LAV turned out to be the same virus as HTLV-III which was “discovered” in the US in 1984.

While the U.S. dithered, the French developed a blood test for the virus and began to caution its citizens.

Part of the U.S. reluctance seems to have stemmed from scientific jealousy. Perhaps more importantly, AIDS is a syndrome — a collection of illnesses — rather than a more simplistic “one germ, one disease” kind of illness where a direct cause and effect could be seen.

The fact that a single pathogen – HIV — could have so many different effects ran counter to the American paradigm which, it turned out, was incorrect.

In addition, HIV did not act directly against most of the tissues affected. Instead, as we now know, HIV attacked the immune system which opened the door to thee wide variety of effects — the syndrome — called AIDS,

America faces a similar failure when it comes to EDCs.

Canada and the EU have begun to recognize some of the common EDCs as harmful to human health while the United States has taken no formal action other than to ban BPA from infant bottles. Even that happened two years after WalMart had effectively banned the items from its shelves. The U.S. FDA then timidly tried to lead from way behind while still allowing BPA in all other products.

The actions of hormone disruptors can be thoghts of as a syndrome: one chemical in the tiniest amounts, can affect many different organs in ways that don’t actually attack those tissues, but instead, disrupt their normal functioning and open the doors for cancer, obesity, diabetes, Alzheimer’s and a host of other diseases.

It’s a lesson that the EDC crisis shows that has not been learned by American public health and policy makers.

Cancer: The Perfect Storm On Planet You
The Dose Is The Poison (Not Always!): Non-Monotonic Behavior