This is Part 1 of 2 articles. Part 2 can be accessed here: Cancer And Voldemort: 10 Horcruxes To Disaster

Most cancers are years in the making and require repeated damage to your cells to become malignant.

Your body is strong and robust. And like a well-armored battleship which can shake off one torpedo…or two or three without sinking, your body can usually, survive, repair the damage, and prevail … unless it experiences an onslaught that is too fast, too relentless and hits every vital spot.

Other than a handful of pediatric cancers that mostly baffle researchers, cancer is a set of diseases that usually strike more often as people age. As medicine has gotten better at defeating bacteria and virus-caused diseases, we are living longer. Longer lives mean long enough for cancers to develop. And that means that most of us know — or will know — someone with cancer.

What’s more, a majority of us will experience cancer’s ugly sting during our lives.

But for that to happen, ten deadly things must happen to cells in your body. All ten, all at the same time.

Medical science has identified many things that can raise your risk of getting cancer by triggering one or more of the 10 steps. Those include:

EDCs are a particularly thorny problem because any single chemical, taken in isolation, usually doesn’t activate ALL 10 steps in the, all at once. But given the unknown number of hundreds or thousands of EDCs we are unwillingly exposed to in daily life, they can act together and with other risk factors, to complete the ten deadly steps.

Most people take steps to avoid fatal risks in their lives. Wearing a seat belt, a bike helmet, not jumping off bridges or racing a train to the crossing. But these are all known risks that we can avoid because we know they are harmful. The shameful state of EDC regulation is that you are being misled into believing you have no need to avoid those risks, just because they don’t march you down all ten steps at the same time.

If an EDC or any other cancer-prompting substance can complete even one link in the 10-step chain then it is worthy of avoiding.

Planet You: A Self-Governing Planet 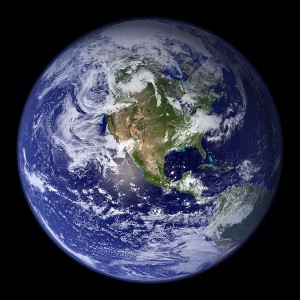 To understand how the ten deadly steps actually affect you, it’s useful to think of your body as an entire planet.

Unlike Earth, “Planet You” doesn’t have any countries. Instead, it has 2,720 million-billion cells that form alliances to act a lot like the city-states that dominated civilization before the rise of nation states.

The city states in Planet You are inhabited by a diverse population of molecules that mirror life on earth. These molecules specialize in manufacturing, transportation, storage, communications, record keeping, food supply, waste disposal and energy generation.

Like the real city-states of old times, the ones in Planet You engage in trade as well as mutual support and defense. Unlike ancient city states, those in Planet You have

Efficient hardwired and WiFi communications (nerves and hormones) that allow them to coordinate effective transportation, environmental control, food and waste-disposal systems (blood, lymph) and to transport materials from one city-state to another.

City-states in Planet You organize into regions of common interest (tissues).

Just as on Earth, Planet You experiences thunderstorms, volcanoes, hurricanes, meteorites as well as dangers from spacer invaders like bacteria and viruses.

Fortunately, a well-organized militia (immune system) helps repel invaders. A cooperative paramedic and disaster recovery system can rebuild and repair damage. Or bury the dead in an organized manner.

All of these city states support the others and depend on the others for support. It’s a marvelous system that can handle multiple crises, astonishing numbers of malfunctions, communications errors and attacks.

While medical science has gotten better and better at diagnosing diseases and providing a helping hand from beyond Planet You, many deadly mysteries remain: like what causes cancer.

The Long Journey To Malignancy Starts With A Single Step

For cancer to get a start, ten harmful attacks must afflict an alliance of city-states inside Planet You.

The attacks don’t all have to take place at precisely the same time, but the damage that established a deadly step must exist. For example, a saboteur who secretly weakens the castle wall doesn’t conquer a city-state. But that existing weakness could be exploited by other attackers a year, or a decade or more later.

Or a forger who sneaks into the central library and changes the words in one of the books – sneaks into the cell nucleus, selects a chromosome, turns to a particular page and creates a mutation. Sometimes all it takes is a single letter out of hundreds of thousands in a gene.

That mutation or that wall weakness may do nothing for a long time, maybe never. But then another attack. And another. Tiny changes. Maybe the body takes care of it. Sometimes not.

Cells can fight off sporadic exposures to most EDCs. But the defenses can be overwhelmed when exposures are constant and unrelenting.

When all ten attacks or damages coincide at the same city state at the same time, it adds up to cancer: one of the deadliest perfect storms that can threaten the very existence of Planet You.

What Are The Ten Steps To Cancer? And Why Are They Important To Understand?

The Ten Steps were first published in a landmark scientific research paper “The Hallmarks of Cancer” that brought order and basic understanding to the messy, chaotic state of cancer research.

Prior to the publication of the “Hallmarks of Cancer,” theories and research abounded with one discovery contradicting another. This situation was confusing to an entire generation of scientists educated in the “one pathogen, one disease” notion that had worked so very well for smallpox, polio and so many other.

For example, genetic research into the roots of cancer played a key role that prompted scientists to look at that as a single cause. While big headlines touted each discovery of a cancer gene (known as an “oncogene”) the fact emerged that usually only a small  percentage of people with that gene actually get cancer.

Previous to genetic discoveries, scientists found other pathogens that sometimes – but not always – caused cancer. Those include radiation, certain viruses, inflammations and chemical exposures in high doses.

This “sometimes, not always” situation prompted a search for unifying rules and principles. That work then led to the realization that cancer was more like a gang attack than the work of a single assassin. Or the culmination of a Perfect Storm.

Under normal circumstances your body tightly controls the creation, growth, life and death of cells in your body. Think of these control mechanisms as your car’s accelerator and brakes. These commands — signaling pathways — are frequently initiated by hormones, nutrient levels or other conditions on your body.

Significantly, these pathways have many carefully balanced moving parts, almost like a relay race performed on high-wire trapezes where one molecule must make contact with another and another and another, adding energy here, combining into new molecules there and, like a Rube Goldberg machine, setting off another chain reaction there.

Because of the complicated and delicate nature of these chain reactions, they can be disrupted in many ways by a wide variety of genetic mutations and modifications, substances, and other conditions – including EDCs.

Perfect Storm On Planet You, Continued …

For more on how the 10 events create cancer, please go to: Cancer And Voldemort: 10 Horcruxes To Disaster

No Solid Link Between Cancer And Endocrine Disruptors (Wrong!)
How Links, Associations & Connections Save Lives