By Lewis Perdue on September 16, 2019 in Uncategorized

While we were knock, knock, knocking on dairy’s door, the lack of cooperation from dairies and creameries combined with the inability to obtain an appropriate cream separator sent us back to our towering  pile of scientific literature in search of a valid path from this latest dead end.

That new look at our “to be read” revealed a relatively recent 2019 paper that had been published after we had done our massive 2018 protocol revision.

That paper upended our concept that the least-contaminated milk would be obtained by hand, rather than via machine milking which has many plastic components.

Unexpectedly, hand-milked had a higher concentration of BPA than milk samples obtained by machines!

That sent us back to an extensive literature search which revealed that there is little data done on looking at BPA/phthalate contamination along the entire dairy production chain. However we found a remarkably thorough 2012 paper that looked at the entire chain beginning with groundwater.

That paper found that phthalate concentrations were inconsistent: machine-milked samples were sometimes more contaminated than those obtained by hand … and vice-versa.

While not mentioned by either of these two papers, it’s notable that people who hand-milk cows wear polymer-based gloves which could be a source of contamination.

Regardless, these study results of inconsistencies disproved our hypothesis that the least-contaminated milk would come from hand milking.

Even more significantly, the study found further inconsistencies in contamination depending upon the seasons, silage (feed) as well as in the cooling tanks, and the trucks used to transport the raw milk to the creamery.

Those inconsistencies are further complicated by variations in the presence of plastic materials associated with different  creamery operations: pasteurization, cream separation, homogenization and consumer packaging.

This meant that there was no valid way of predicting BPA/phthalate levels based upon intercepting samples at the milking stage.

Finally, because the dietary significance of dairy demands that it be included in our intervention diet, the only remaining tactic was to have commercial samples directly tested to select the “before” source and the “after.”

And while we would have milk to drink and to make cheese, the lack of a valid cream separator meant that making butter would be impractical given the 4% butterfat of commercial milk.

I dug deep into the vacation fund and bought six samples to be tested at Eurofins, a large international commercial laboratory corporation which has a facility in Fresno specializing in food analysis. It’s accredited to the ISO 17025.

The milk with the highest level will be used in the “before” diet and the lowest in the intervention.

All are whole milk ( approximately 4%) except for the 2% reduced fat at the far right. 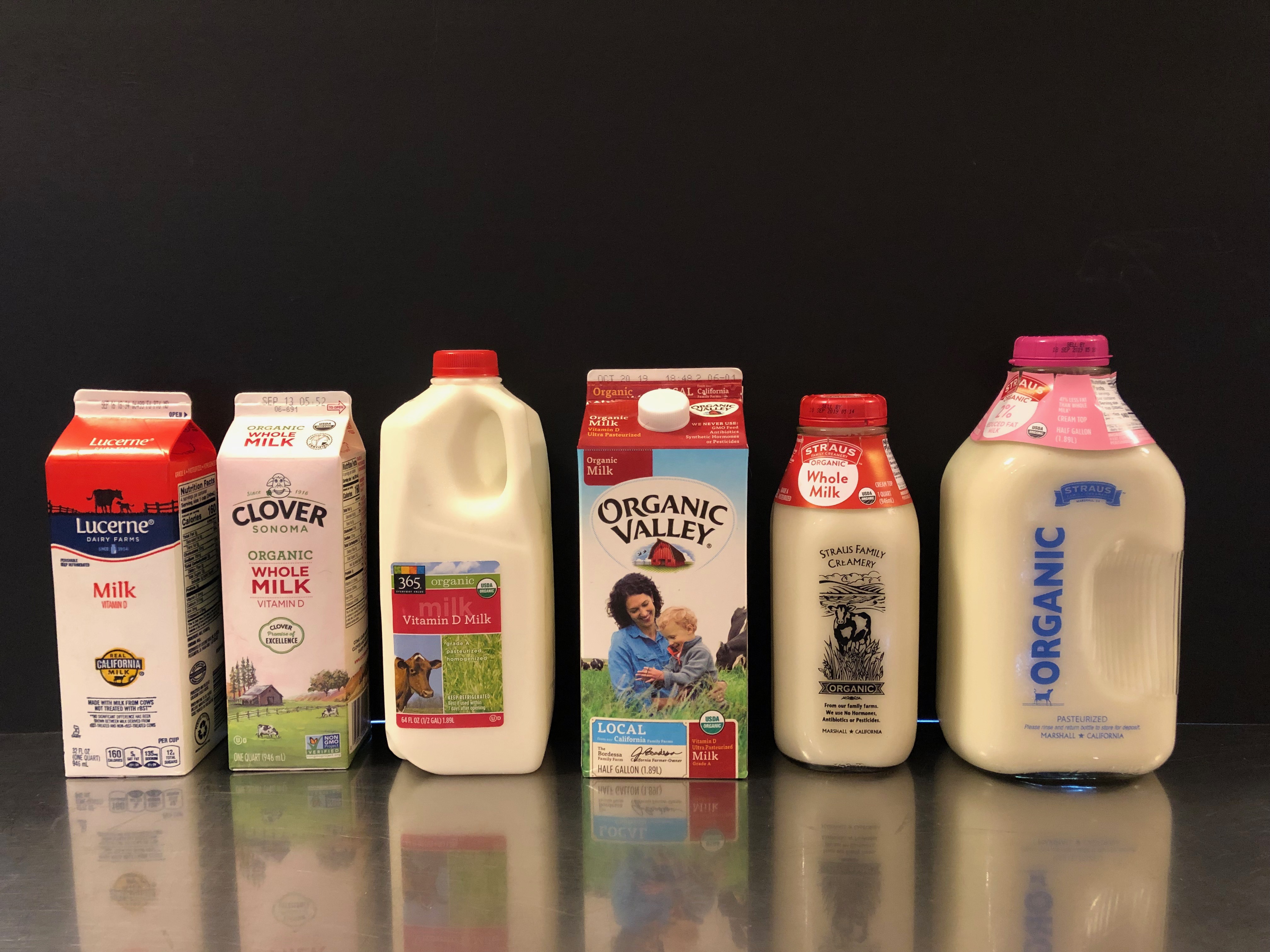 As terrible as those plastic-polluted ocean photos are, your body is a SERIOUSLY more contaminated by the same chemical garbage
No Milk For A Scientific Study! + How researchers almost bought a cow.